♫  clip:   Etu mu dietu  2012
The album, which was launched last August in Lisbon (Portugal), counted on the participation of international stars as Kassav's Jacob Desvarieux, the Congolese star Papa Wemba, Cape Verdean musican Grace Evora, as well as Angolan Kuduristas Zoca Zoca and Agre G. Produced and directed by Eduardo Paim himself, "Etu mu dietu" is the result from the work of about a year and a half, which began in Namibia, through Luanda, Lisbon and Paris.


A short biography
Eduardo Paim was born in Congo Brazzaville, 47 years ago, where his parents had been exiled. As student he started  singing in 1979 with the group "Os Puros" together with Levi and Bruno Lara Marcellin. In 1982 Eduardo Paim founded a new band 'SOS', which became quite popular in Angola during the mid-eighties After he finished the course average electricity at Makarenko, Eduardo Paim devoted himself entirely to music.
In 1988 Eduardo Paim took a new step in the development of his musical career when he decided to leave Angola and to move to Portugal. In 1991 he made a successful debut with the album  "Luanda minha banda".
♫ audio: 1991 Som Da Banda
His real breakthrough, however, he reached in 1992 with his second record "Do kaiaia". The singer received his first golden disk for sales exceeding 50.000 copies.
♫ audio: 1992 Sao Saudades
He continued his success with the albums "Kambuengo" (1994) which contained the  popular song "Rosa baila", "Chindu a tempo" (1995) and "Ka-Ne-La" (1996).
♫ Clip:  Rosa Baila - 1994﻿
﻿﻿


An accusation of involvement with drugs almost broke his career in 1997. From doing six shows a month his schedule was reduced to one per year. He decided to return to Angola in order to realise an old dream; building up his own record studio. With this new project  the "EP Studios" he soon earned a big name in the Angolan music business as producer. In this new role he supported the career of many Angolan singers and groups of the new generation such as Paulo Flores, Dog Murras and Banda Maravilha.
This focus on his producing activities reduced his own cd-output, so after the release of the cd "Mujimbus" (1998) his fans had to wait nearly eight years for a sucessor.


In fact the album "Maruva na taca" (2006) meant a real "come-back" of "General Kambuengo". With the participation of artists such as Bonga, Papytchulo, Nancy Vieira, Big Boss and Yuri da Cunha among many others, Paim gathered an impressive list of guest musicians on this album. After "Maruva na taca"  Eduardo Paim took again a long period before he came with his new cd "Etu mu dietu". 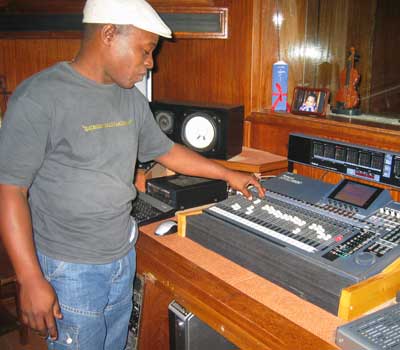 His albums are available at: $: AMAZON
DISCOGRAPHY 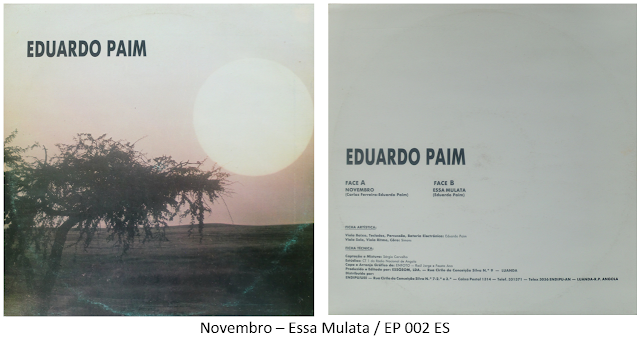