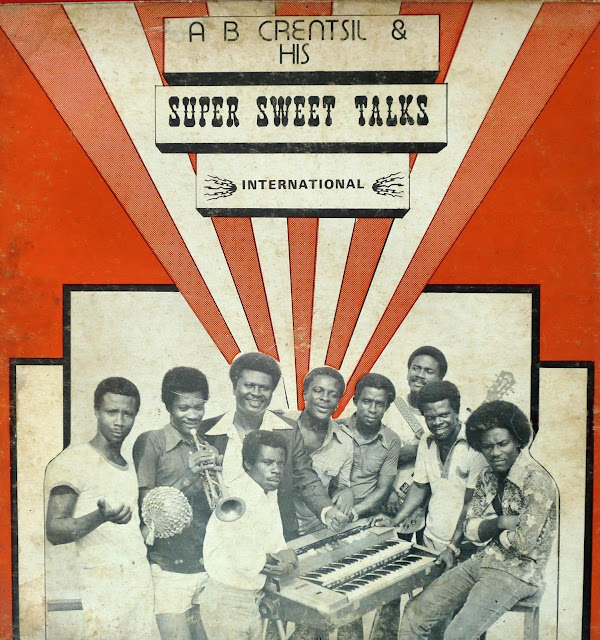 The Sweet Talks were more than just a band, they were an institution, a training-ground for Ghanaian highlifers. The name has been imitated, taken in vain, stolen; there have been Sweet Beans and Talkative Sweets, but there was only one - or at the most, two - Sweet Talks.
The band was formed in late 1973, and shortly afterwards took up an extended residency at the Talk Of The Town Hotel in Tema. The key founder members were Pope Flynn and A.B.Crentsil (vocals) and Smart Nkansah (guitar). In the next few years, other major talents would join, including vocalist Jewel Ackah and guitarist Eric Agyeman. The band's early music had two distinct styles. One was a throwback to colonial days, with the band playing cover versions of European and North American chart hits, sung by Flynn. The other was Ghanaian cultural music, sung by Crentsil in a uniquely husky, red-blooded voice.
Born in the Western region, Crentsil had spent his early years listening to such roots styles as osode and palm wine. He worked as a railwayman, singing part-time with local bands such as the Eldoradoes and the Medican Lantics. He first met Nkansah when the latter was touring with Yamoah's Guitar Band in 1972; the two became friends and, recruiting Flynn, decided to form the Sweet Talks.


The group's first hit was the single "Adam And Eve" in 1975, which was followed by the successful album The Kusum Beat in 1976, an update of northern Ghanaian traditional music based around percussion and xylophones. In 1977, the band repeated this success with Spiritual Ghana, this time based on osode highlife rhythms. In 1979, when the band were about to set off on a tour of the USA, Nkansah left, to be replaced by another of Ghana's leading roots guitarists, Eric Agyeman, previously a member of Dr. K. Gyasi's Noble Kings. He had started his career in 1963, playing Beatles and Rolling Stones covers in Afro Boateng's Midnight Movers, and had joined Gyasi in 1972, combining the roles of lead guitarist and arranger.


The new Sweet Talks line-up spent autumn 1979 in the USA, recording Hollywood Highlife Party with Wayne Henderson of the Crusaders (for whom they also recorded album backing tracks) and Sweet Talks. Deeply unhappy with the Californian winter, they then returned to Ghana, where they had a dispute with their manager and disbanded. Agyeman and Crentsil formed Super Brain, which lasted only a short time. Agyeman then returned to Gyasi and later went solo.

Crentsil picked up the pieces with a new line-up, Super Sweet Talks International, and released The Lord's Prayer, which included "Area Special", a hymn of praise to palm wine drinking. He then took the band to the Ivory Coast, where they recorded Tantie Alaba, which included another drinking classic in "Akpetchi Seller" (akpetchi being a form of Ghanaian gin). 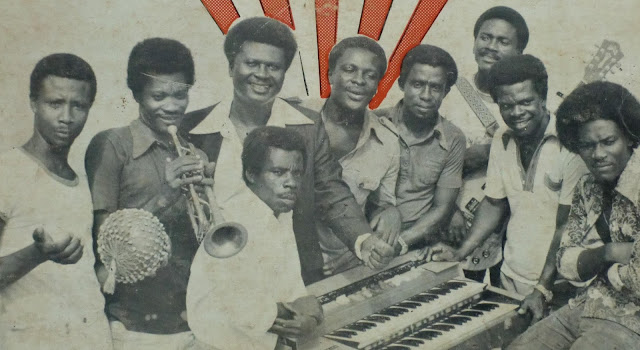 In 1984, Crentsil moved temporarily to the UK, where - together with Agyeman, also visiting - he fronted a band put together by Mac Tontoh of Osibisa, which recorded Highlife Stars, released on Osibisa's own Flying Elephant label. Tontoh, Crentsil and Agyeman had hoped that Highlife Stars - also the name of the band which recorded it and gigged behind it - would make a major impact in the UK, then in the throes of a substantial explosion of interest in African music. But while the album made a huge impact on specialist audiences it failed to make any mainstream impression.

Crentsil and Agyeman accordingly returned to Ghana towards the end of 1984, Crentsil to form Ahenfo and Agyeman to form Kokroko. By this time, Ackah had formed a second, short-lived incarnation of the Sweet Talks, based in the Ivory Coast. The most successful ex-original Sweet Talks member was Nkansah who, following his departure from the band in 1979, formed the popular, highlife-based Sunsum Band, and enjoyed two top-selling albums with Disco Spiritual (1981) and the rootsier Odo (1985).

Since Günther Gretz of the Popular African Music label released Hollywood Highlife Party on CD in 1991, several of the (Super) Sweet Talks albums have been re-released. However, this does not apply to the four 'LPs that Crentsil made between 1979 and 1983,under the name "Super Sweet Talks International." You can hear below that these albums also contain irrisistible danceable Highlife. Enjoy yourself !!! 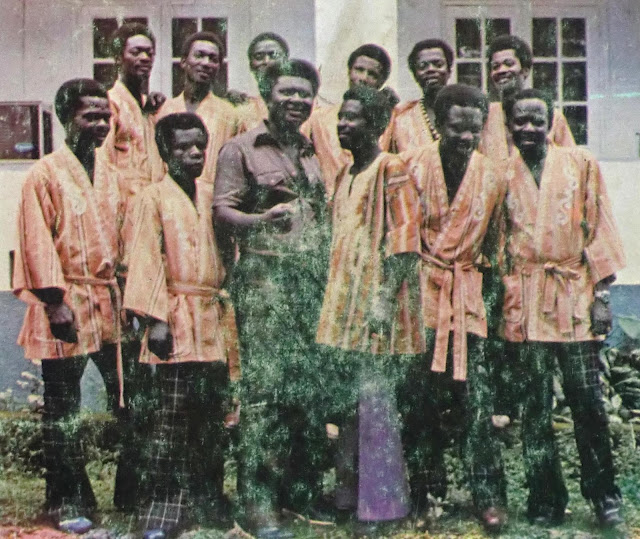 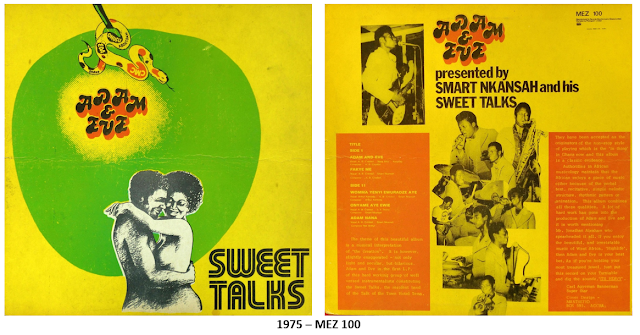 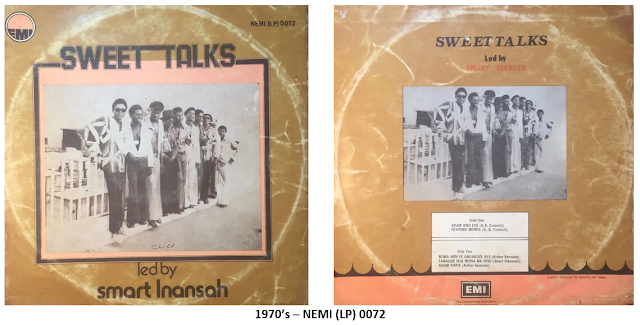 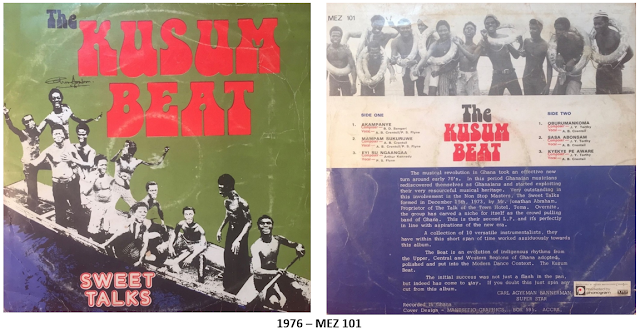 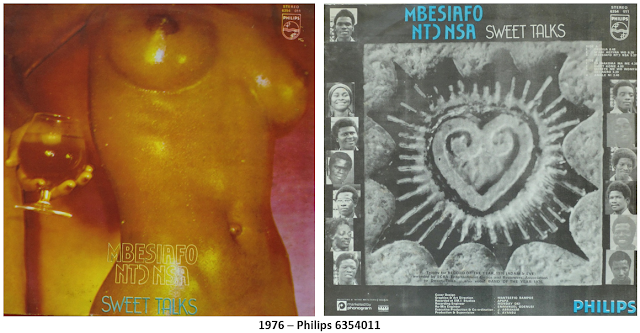 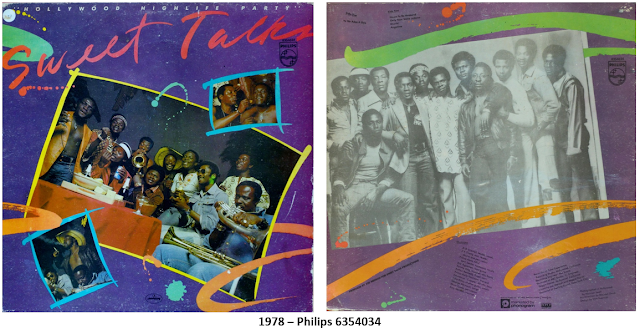 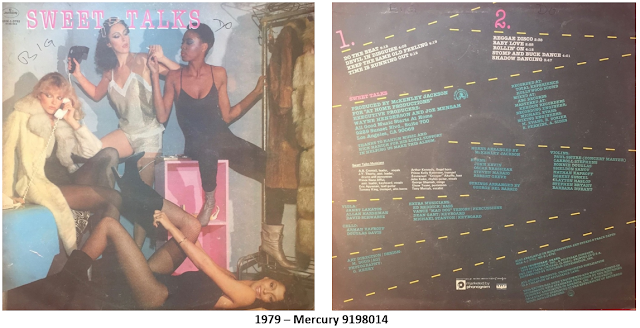 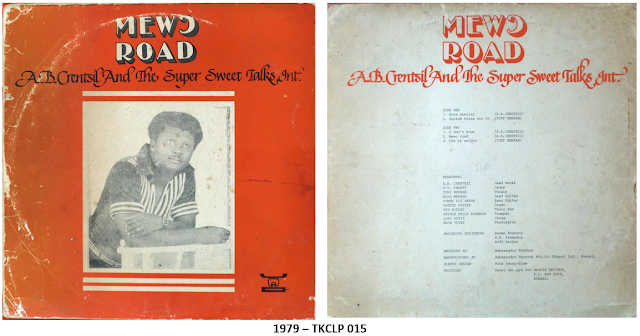 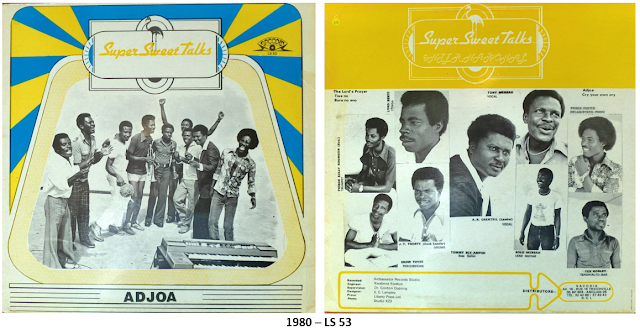 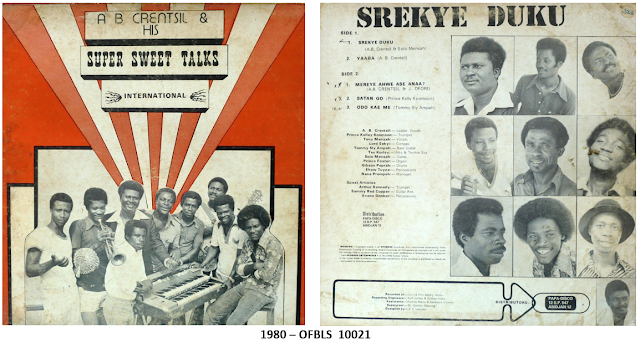 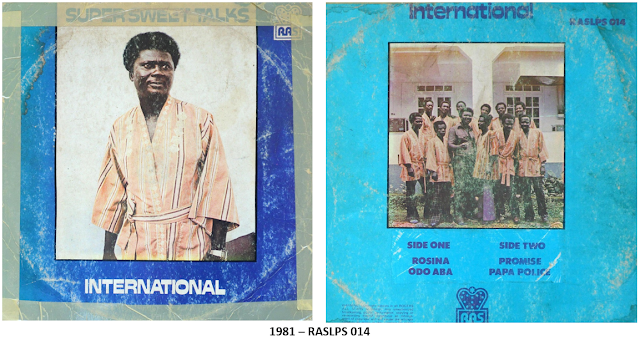 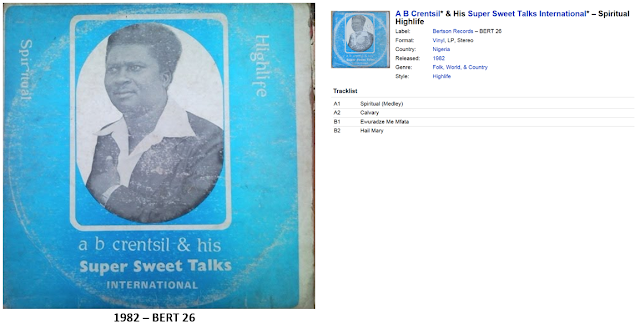 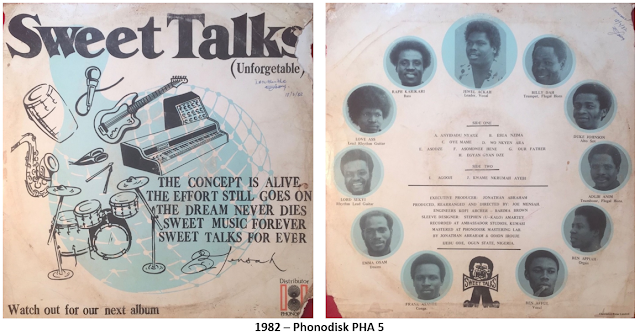 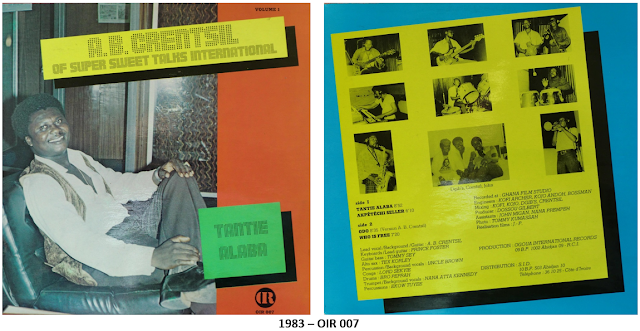