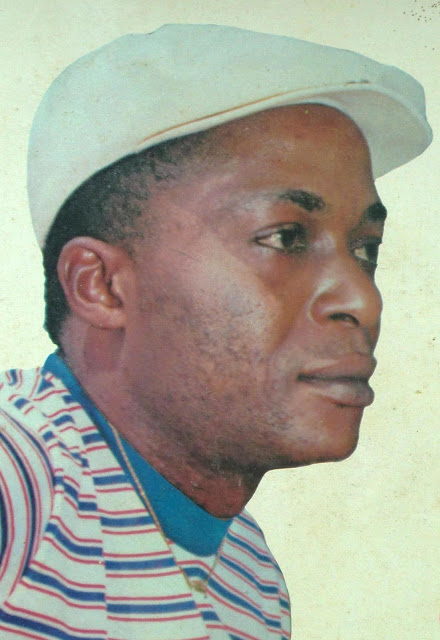 Born in Léopoldville (now Kinshasa) on the sixth of November 1946, Mayaula passes effortlessly through primary school. In 1962 he completed secondary education at the College of Kisantu. The young Mayaula appears to be a passionate and good football player. Between 1968 and 1971 he plays at a high level as a left winger in the first team of 'AS Vita Club' in Kinshasa. In this period he is also selected for the national team of Zaire.
Link: Zaire Worldcup 1974 blog 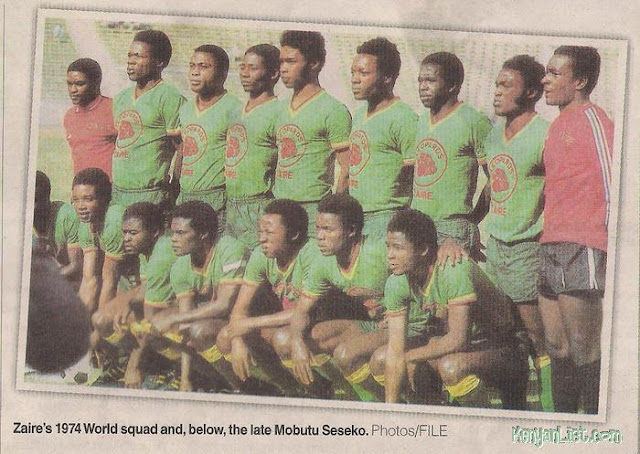 When his father is stationed as a diplomat in Dar es Salam, Mayaula follows his father to Tanzania and plays some time with 'Yanga Sports'. Then he leaves for Charleroi in Belgium where he follows a course in data processing. In Belgium his talent is also noticed and he plays professional soccer with 'Racing Club de Charleroi' and 'Racing Club de Jette'in Brussels. He also plays for some time in Switzerland with 'FC. Fribourg'. In this period he gets acquainted with the guitar through a study friend. Also musically he shows himself a talented student and soon he joins the Congolese student orchestra 'Africana' as rhythm guitarist.

When he returns to Kinshasa, Mayaula makes a career switch from professional soccer player to professional composer and musician. Back home he immediately draws the attention of his former football president and band leader Franco, who asks Mayaula to join his band and adds his song 'Cherie Bonduwe' to the repertoire of his TPOK Jazz.

The melodic and thematically rich song receives much attention, not in the least because the National Censorship Commission prohibits the song. Cherie Bondowe presented the life of a prostitute from her point of view and is considered by the authorities as a defense of prostitution. The song was first released in Brussels, and rapidly found its way back to Kinshasa, despite the ban by the government.
Although Franco requested him to join TPOK Jazz, Mayaula Mayoni has never been an official band member of the TPOK Jazz. "He was something of an independent oddity in the music business" writes Gary Stewart in 'Rumba on the river'. "He prefered to compose his songs and then offer them to whichever artist he felt they fit. Many of his memorable efforts like 'Nabali misère' and 'Momi' found their way to OK Jazz".
( Gary Stewart: Rumba on the river page 222)

Videoclip: 1979 OK Jazz Live on Tele Zaire with Mayaula Mayoni (close up from 6.24 to 6.36) on rhythm guitar
In 1977 it was female singer Mpongo Love who scored with Mayaula's composition 'Nadaya' a song that tells the story of a woman happy in her marriage and confident of keeping her husband, despite the overtures of other women.

Many people mistakenly think that Mayaula was not only a gifted guitarist and composer, but a good singer as well. Although he sometimes acted as background vocalist during recordings and live performances, he has never presented himself as a lead singer. Probably this misconception is caused by a picture on the cover of the album 'Veniuza', on which we find Mayaula behind the microphone.
In 1981 Mayaula leaves Zaire together with some musicians from female singer Abeti's band Les Redoutables, to try his luck in West-Africa. In the period between 1981 and 1984 he records several solo LP's in Lomé (Togo) for the record label Disc-Oriënt'. In 1984 he returns to Zaire where he releases the album 'Fiona fiona' in 1986. In the same year female singer Tshala Muana gains success with 'Nasi nabali', a composition written by Mayaula Mayoni. He records his next album 'Mizélé' with the help of musicians of TPOK Jazz and singers Carlito Lassa and Malage de Lugendo. 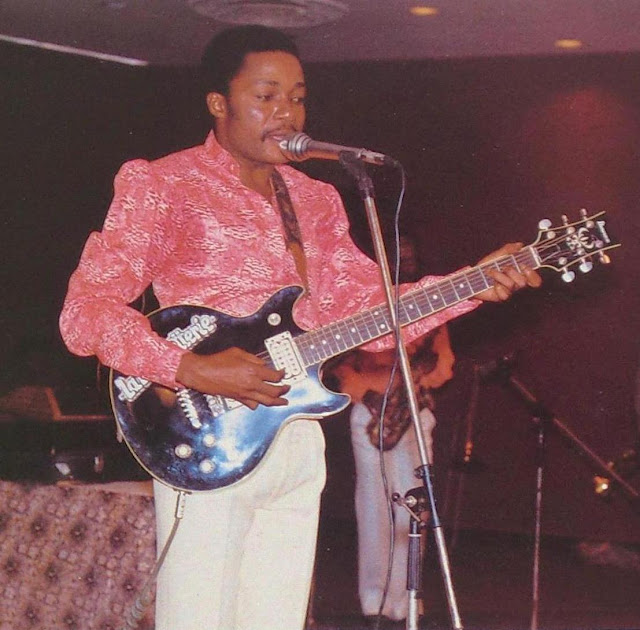 ♫   Audiolink: 1990 Mayaula Mayoni - Mizele
In 1993 he hits the charts again with the album 'L'amour au kilo'. It then lasts until 2000, before he comes with a new album 'Bikini'. Not long after the release of this album, Mayaula settles again in Dar es Salam, where he accepts a job at the diplomatic service. In the years that followed he began to suffer increasingly the consequences of hemiplegia, a disease that may result in loss of speech and paralysis of linmbs. In 2005 he returns to his place of birth Makadi. As his condition continues to deteriorate his family decides in cooperation with the authorities to bring Mayaula to Brussels for medical treatment. After a long illness of several month's he dies in Brussels on May 26, 2010 at the age of 64 years. During his impressive career, Mayaula Mayoni was repeatedly voted 'composer of the year'in Zaire. In 1978 for the song 'Bonduwe II', in 1979 for 'Nabali misère' and in 1993 for the song 'Ousmane Bakayoko'.
Links:
Audio compilation Mayaula Mayoni on Worldservice blog 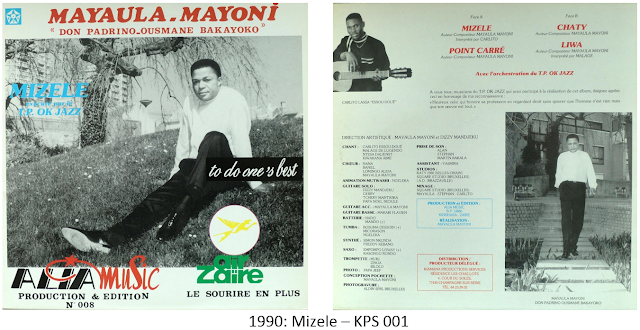 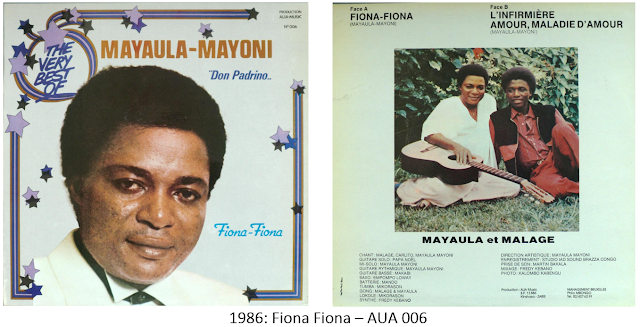 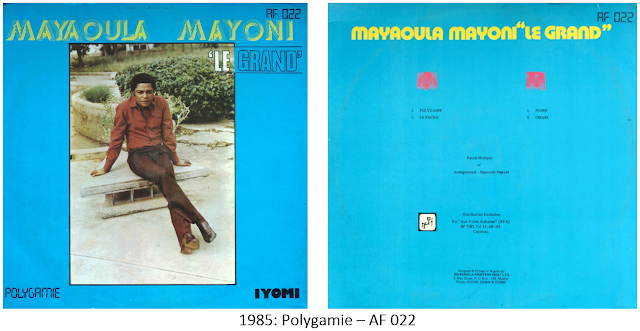 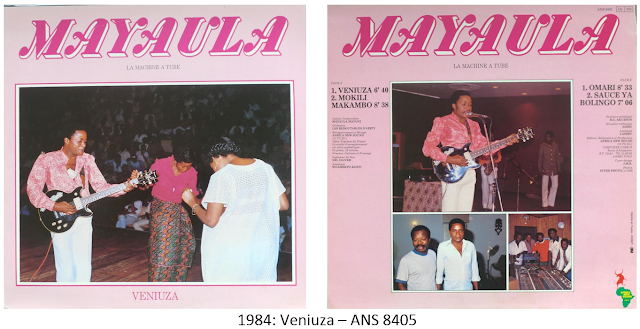 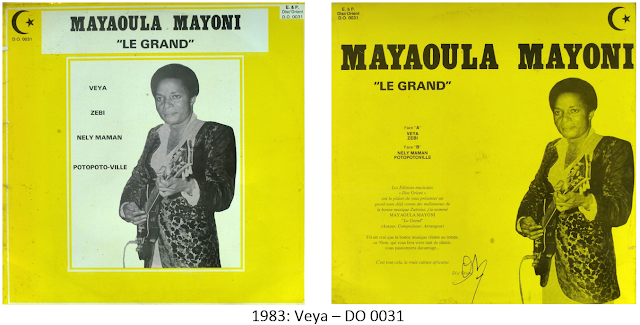 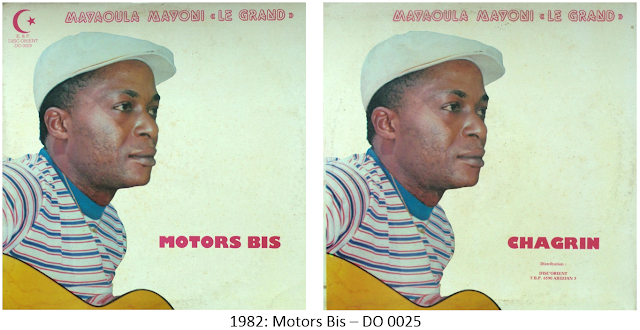 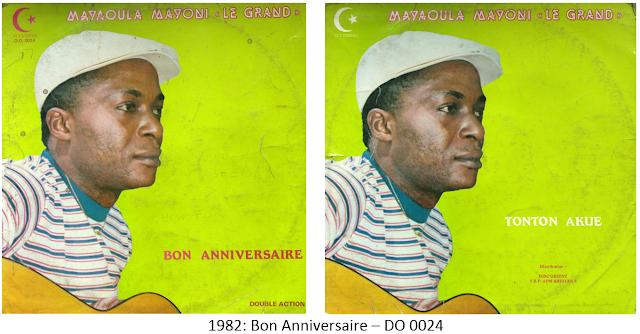 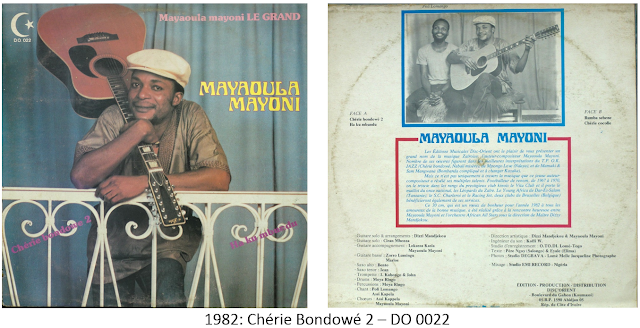 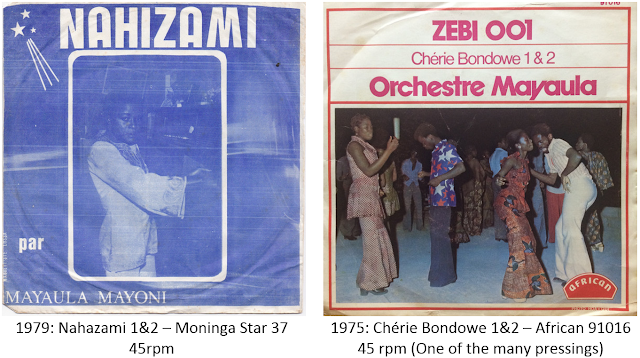