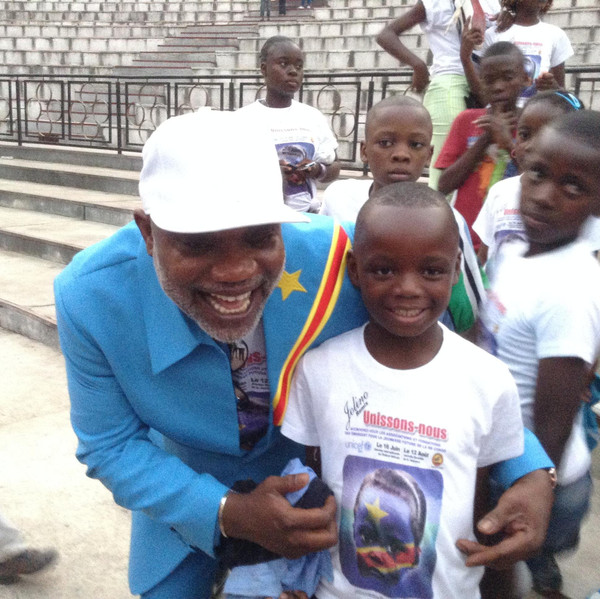 In the summer of 1991, I was introduced to the debut album A bas la violence by Jolino Kiezowa. During a visit to the legendary (but by now closed) record shop Musica Nova, an album featuring my highly appreciated singers Carlito Lassa and Nyboma Mwan Dido caught my eye. The owner Pierrot raised his thumb and beckoned me, which meant something like: "Good record, give it here and I'll play it for you. A few moments later, Jolino's slightly hoarse voice echoed through the record shop. His voice was a perfect match with those of Carlito and Nyboma and after listening to the title track for a few minutes, I was sold, especially when Pepe Felly Manuaku gave the go-ahead for a delicious uptempo sebene with a fierce guitar solo. 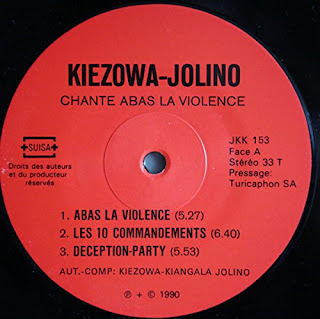 ♫ Video Clip: 1990 – Jolino Kiezowa – A bas la violence 5:30
After three years of waiting, Jolino's second album followed in 1994, Regard sur le future, which I actually liked even better. In the years that followed, Jolino released a new album on a regular basis and when I started this blog in 2013, I was planning to dedicate a post to the man. The reason why this post is only now coming is that there is hardly any information about this fine singer. Because I still find his music worth listening to, I decided to take the lack of biographical information for granted. And who knows, maybe there is a reader who has additional information about this, in my opinion, undervalued artist.
♫ Video Clip: 1994 – Jolino Kiezowa – Pitsho ba beauté 7:02

Jolino, whose real name is Jolino Kiezowa Kiangala, is a French-speaking Congolese musician, founder and singer of the eponymous group. He is nicknamed "le vieux mouké ".After several participations in different groups in Congo and Switzerland, Jolino started a solo career in 1990. In 1994, his second album Regard sur le futur met with some success. He was awarded Revelation of the year by the Association of Congolese Music Reviewers (ACMCO). Also nicknamed Ya mudefend-defend, his action towards youth enabled him to be awarded a special prize for peace by UNICEF for the song Unissons-nous2. In 1997, the song Makinu mabeto was nominated for the Kora Awards. Apart from his commitment to world peace and children's rights, Jolino Kiezowa has released 6 albums to date, the last of which was released 10 years ago. Hopefully, this was not his last album. 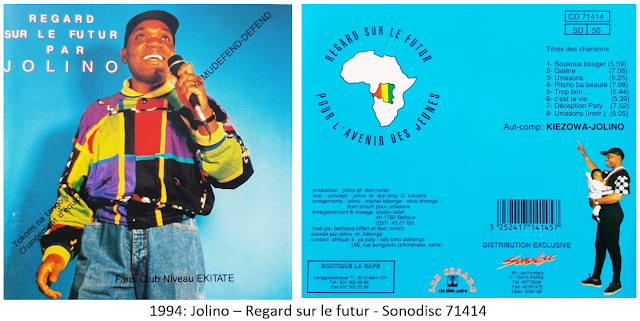