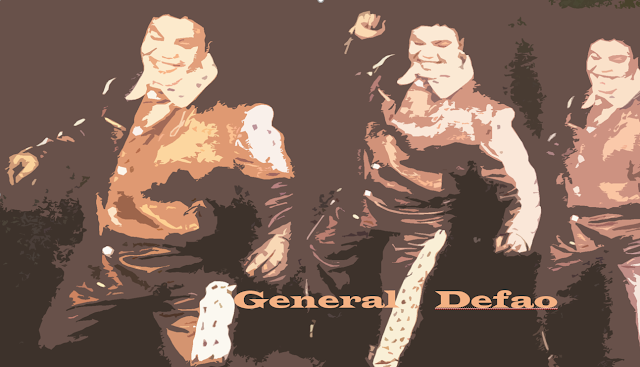 Born in Kinshasa on 31 December 1958 Matumona Defao Lulendo started his musical career in 1976, initially in Orchestre Suka Movema, then Fogo Stars followed by Korotoro and in 1978 Somo West. In 1981 he was enrolled into the then newly formed Grand Zaiko Wawa of guitarist Pepe Felix Manuaku before joining Ben Nyamabo in the formation of Choc Stars.

It was with both Choc Stars and orchestre Shakara Gagna Gagna (under the direction of Jeanpy Wable Gypson) that "Le General Defao" first came to national prominence. Working beside Ben Nyamabo, Debaba, Carlito, Bozi Boziana and Djuna Djunana in the phenomenal Choc Stars Defao developed his songwriting, singing and dancing talent.


♫ Audio: 1989 Ibrason - Debaba, Defao et Seja Kha
He finally quit Choc Stars at the end of 1990 in order to form Big Stars with Djo Poster (another former Grand zaiko singer). The partnership was not to last and eventually Djo departed leaving Defao to be singlehandedly lead the band. He gathered together a line-up of new musicians for Big Stars. Although initially Roxy Tshimpaka joined him from Choc Stars he was not to last and eventually a young dynamic soloist Jagger Bokoko was to become Defao's regular star attraction, along with his animateur Azanga. These two feature on virtually all of Defao's post Choc Star releases, sometimes with the new musicians of Big Stars and sometimes with guest session players and well known guest vocalists. Other regular Big Star members are singers Djo Djo bayenge, Debleu Kinanga, Adoli bamweniko, guitar accompanist Mogus, bass guitarist Guy Wa Nzambi, drummer Richa Cogna Cogna and percussionists Sedjo and Kavanda. 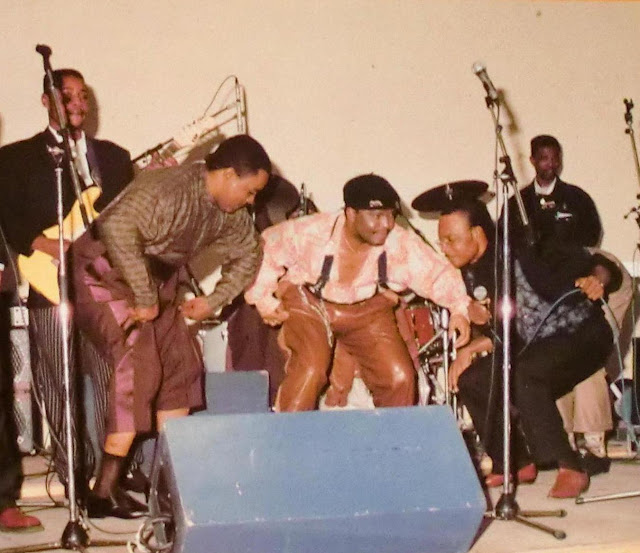 During the first five years of Big Stars, Defao had a very creative and productive period and released at least seventeen albums, six of which came onto the European marketplace in 1995. During the 90's he becomes acknowledged as solo artist in the same league as Papa Wemba, Koffi Olomide, Bozi Boziana and Kester Emeneya. Although he still might not be selling globally in the same quantities as Papa Wemba and Koffi Olomide, there is no doubting his popularity among the Congolese. That popularity stems from his voice, which is both musical and forceful. His songs are classicly structured in the two-part rumba-sebene mold, and his dance animations are eminently likeable without being overtly predictable and gimmickly. Defao has not only on of the Congo's best voices but he is without doubt the best dancer out of all major Congolese voices.
Clip: Defao live in Abidjan - Sala noki


After 1995 he took a step back, with "only" two new cd's in 1996, one in 1997 and one in 1998, the album Copinage together with female star vocalist Mbilia Bel. beside this album Defao and Big Stars accompanied in 1989 also Zaksoba, a singer from Burkina Faso on his cd Sensuel. In 1999 Defao had another very productive year with five releases, including the albums Tremblement de terre and La guerre de 100 ans. This unbalanced production indicates a lack of guidance from a good manager, which is also reflected in his continual change of producer and record company. Sometimes he even releases alternate versions of the same material on different labels.

In 2000 he dissolved his Big Star group and spent part of the summer in paris recording the album Nessy de London, with a superstar line-up of paris-based musicians. With the help of Nyboma Mwan Dido, Luciana De Mingongo, Wuta mayi, Ballou Canta and Deesse Mukangi, to mention only the impressive list of guest-vocalists, Defao made with Nessy de London again a fantastic record.
♫ 2000 Defao - Rigobert Song (from the album Nessy de London)


Then it becomes silent around Defao. It's said that he got mixed up in a political misunderstanding that got him banned from performing by the late DRC president Kabila. He moves to East Africa and faces several difficulties in the new millenium, ranging from money problems to visa problems. His fans have to wait until 2006 - an unusual long period in case of Defao - before he comes with a new album entitled Nzombo le soir. After another four years this cd is followed by Pur encore in 2010. Apart from the fact that the album can only be downloaded and is not available as cd, it also suffers from a rather poor sound quality. This strange relase shows again that Defao still has problems with managing his career into a direction which can really capitalise his big talent. Fortunately he came back in 2012 with  the very good sounding The Undertaker, followed in 2016 by Any Time.
(* Partly based on 'From Choc Stars to Big Stars' by Martin Sinnock (The Beat Vol. 15#4 1996)
DISCOGRAPHY 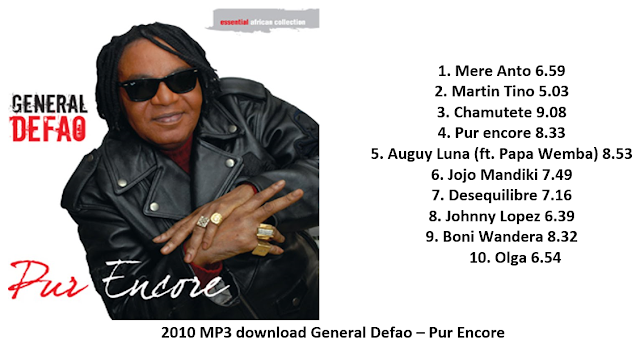 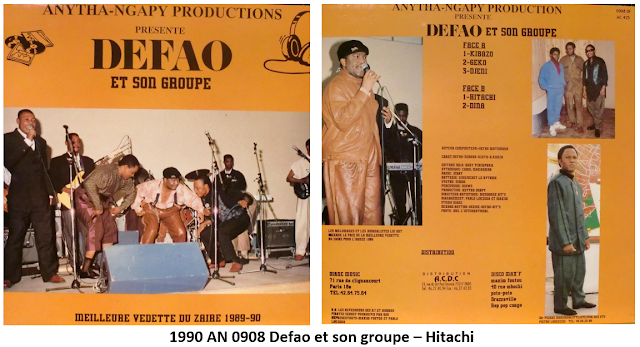 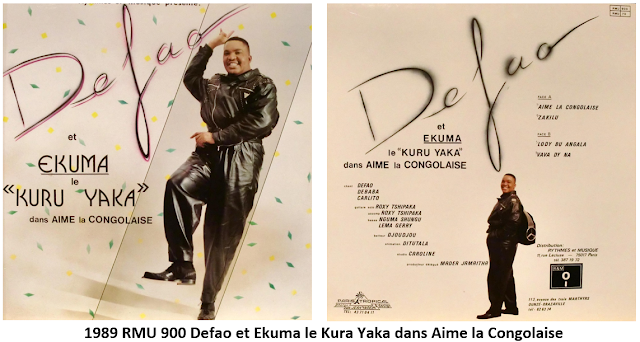 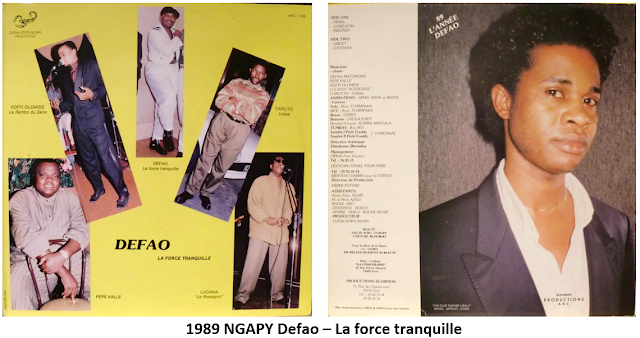 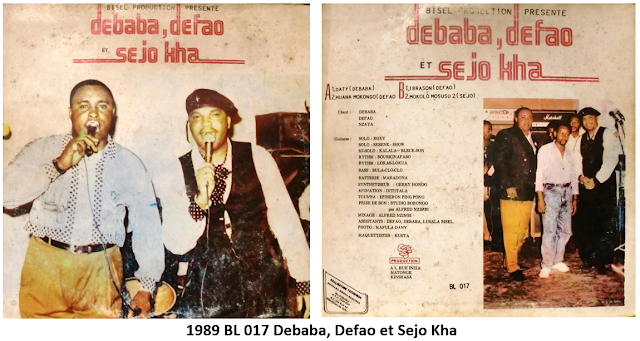 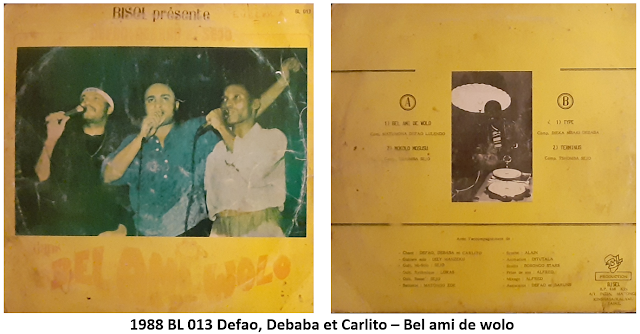 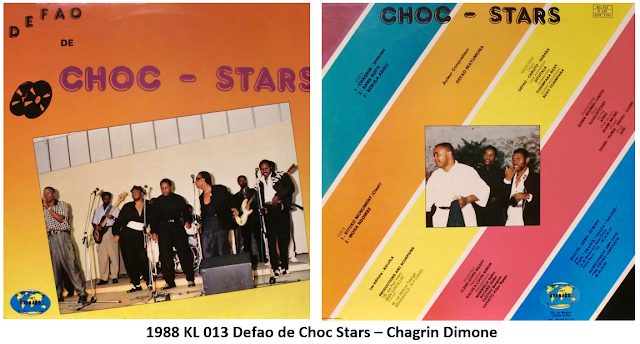 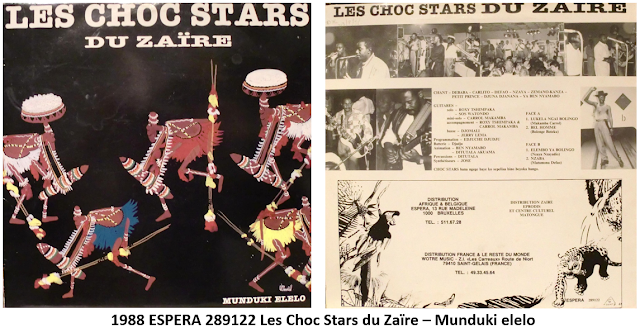 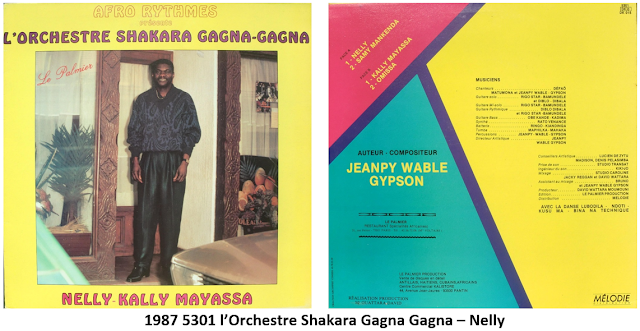 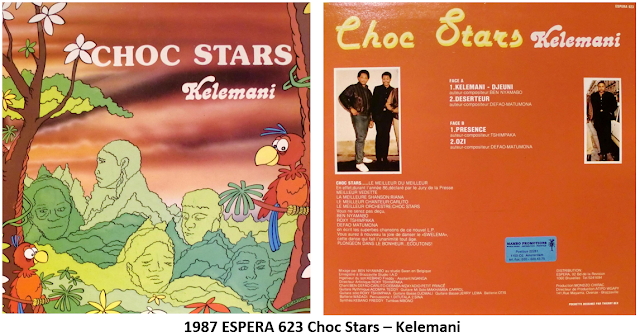 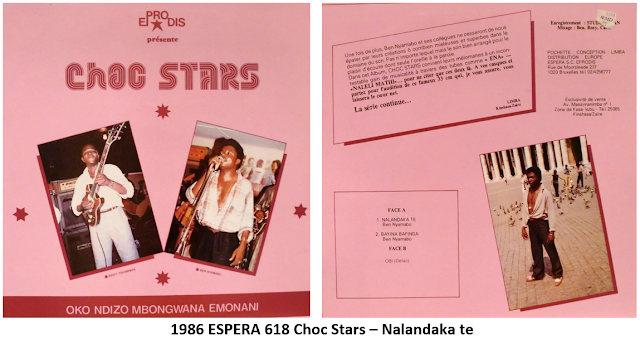 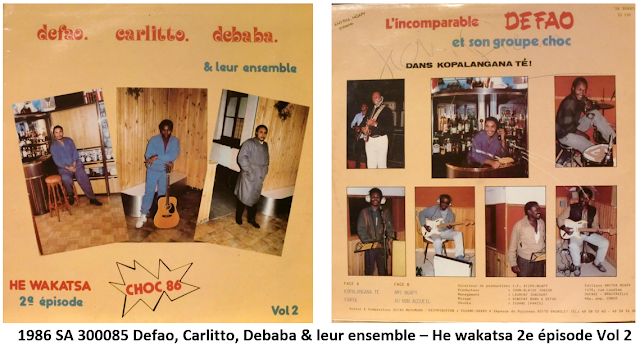 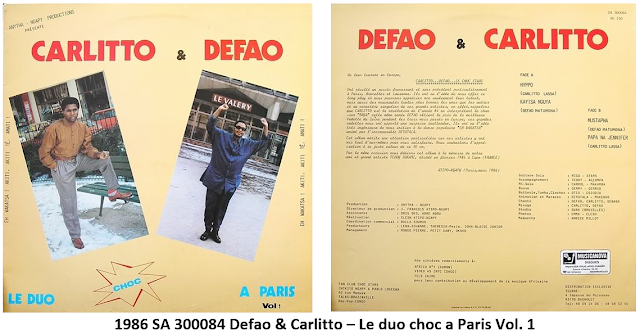 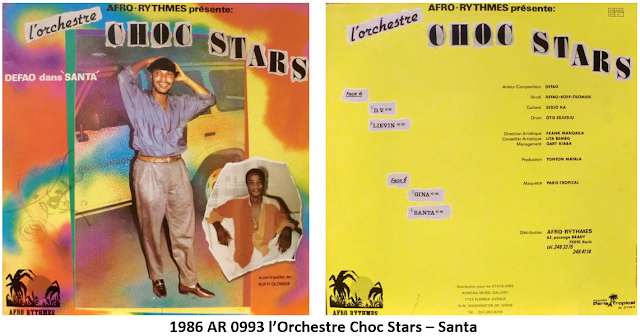 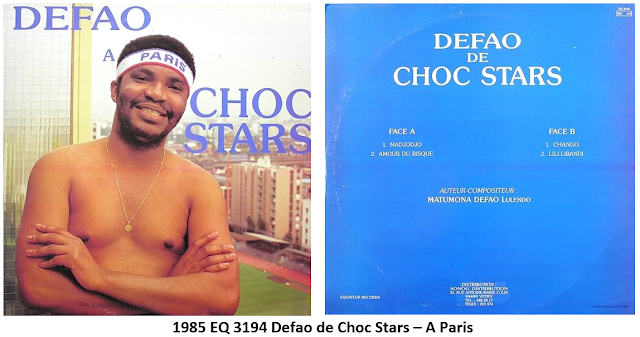 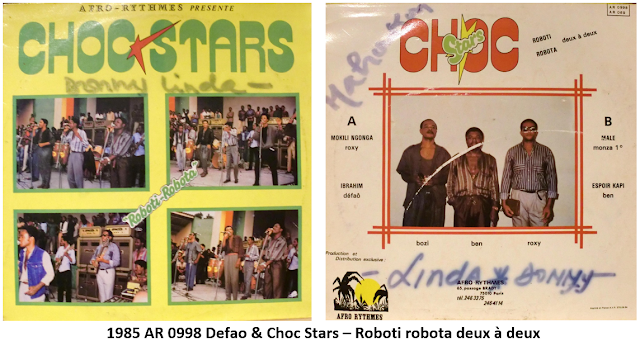