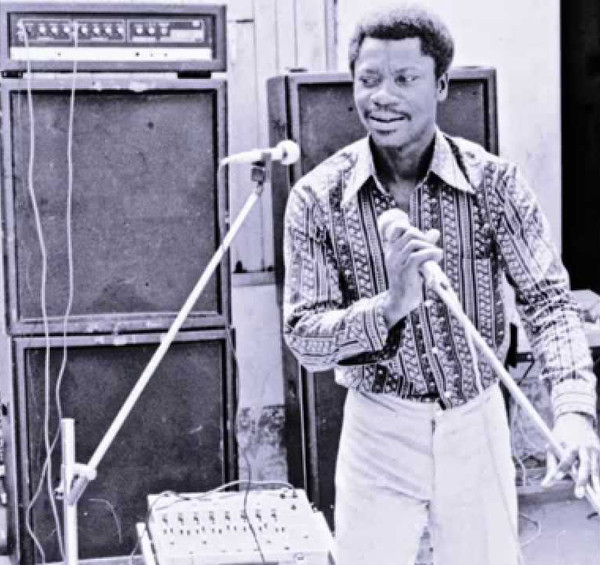 Kwasi Frimpong (Kumasi 1939) started his musical career in the ‘50s as lead vocalist with the Axim Jokers. In 1963 he joined Dr. Gyasi’s Noble Kings as solo guitarist. Six years later he formed his own band, The Cubano Fiestas. In 1975 he released his first album Ahyewa backed by the Super Complex Sounds.
♫ 1975 Hide and smile
The succes came in 1976 with his second album. This so called ‘blue’ album known as Kyen yen bi adi mawu became one of the biggest hits of the decade in Ghana.
♫ 1976 Kyen yen bi adi mawu
He repeated this success in 1977 with his third album Hwehwe mu na yi wo mpena.
♫ 1977 Hwehwe mu na yi wo mpena
In 1978 he recorded Aboagyewaa, an album that is today one of the most sought after collectors items, when it comes to African music.
♫ 1978 Aboagyewaa
During the ‘80s the music culture of Ghana collapsed completely due tot the military coup led by Jerry Rawlings in 1979. As a result of the anti-corruption “house-cleaning” policy of the military gouvernment and very strict curfews, many local record stores, bars and venues closed. Many ghanian musicians left Ghana for Europe and tried their luck in countries such as Holland, the UK and particulary Germany. After having rerecorded some of his greatest hits for Polydor in 1980, ♫ 1980 Me Yee Owu Den Frimpong left Ghana in 1981 as well to record his sixth album Abrabo in Hamburg, Germany.
♫ 1981 Abrabo 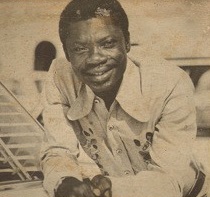 During the following years his musical productivity gradually decreased. His fans had to wait four years until 1985 before he released the album Mo tan me.
♫ 1985 Mo tan me
In 1990 he recorded the album Rikia and although some fellow musicians in Germany were successful with their so called “Burger” Highlife, Frimpong could not bring back the glorious days of the ‘70s.


♫ 1990 Rikia
Five years later Frimpong released his first CD under the title Okwantuni. This album would prove to be his last album. Kwesi Frimpong died on October 18th 2005 in Kumasi. With his death Ghana lost one of his greatest musical legends.

In the beginning of the new millennium some dj’s rediscovered the almost forgotten ‘funky’ music scene that existed in many African countries during the 70’s. This interest brought us also a revival of Frimpongs music. In 2001 Kyenkyen bi adi m’awi appeared on the sampler Afro-Rock, followed by Hwehwe mu na yi wo mpena and Aboagyewaa on the two Ghana Soundz samplers in 2002 en 2004. The resurgence of vinyl brought us the reissue of the 'blue' and 'black' album in 2011 by Continental Records. Hopefully Continental Records will surprise us a third time with the reissue of the 'Red' album. 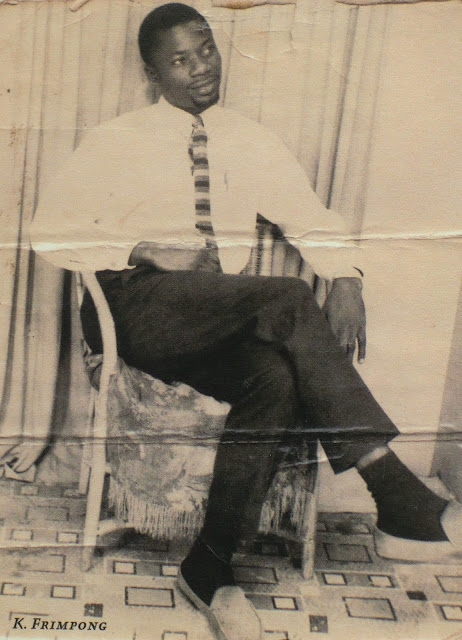 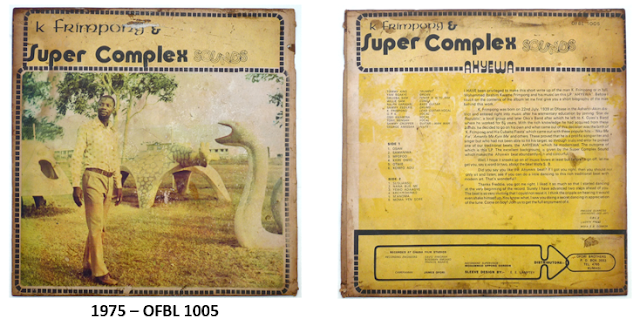 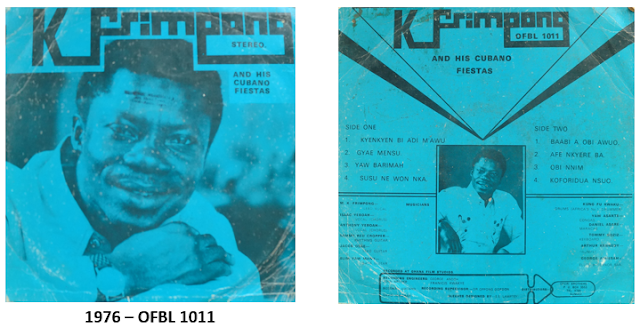 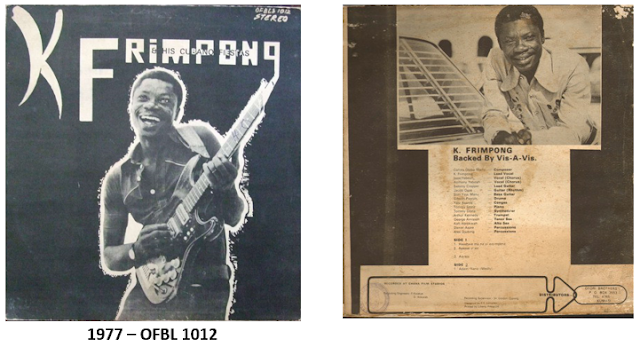 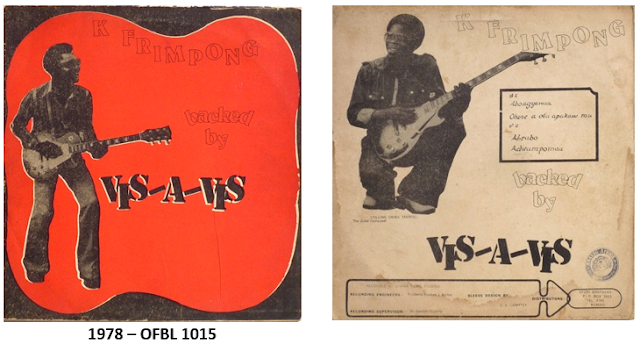 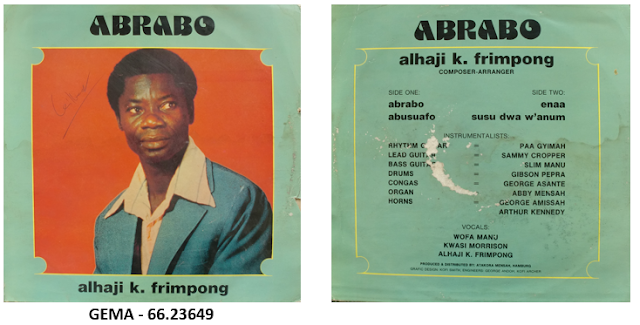 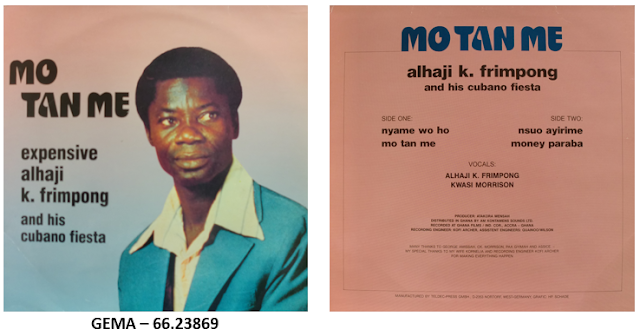 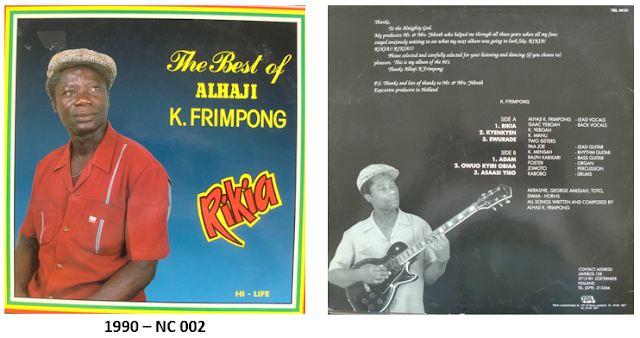 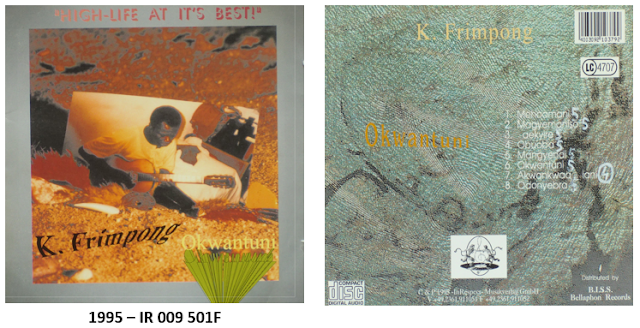