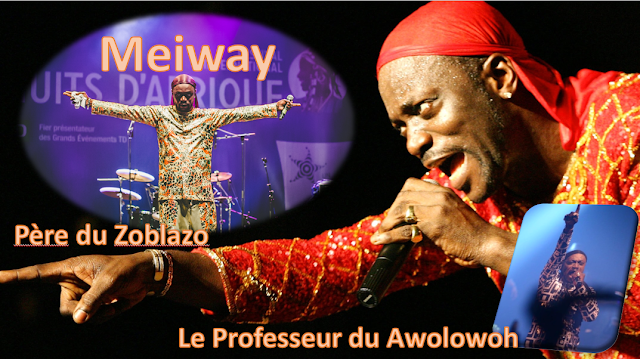 Meiway is nicknamed "Professör Awolowoh" father of "Zoblazo", the dance with the handkerchiefs, a musical style that Meiway invented, inspired by the folk rhythms of the Akan. Meiway by his real name Ehui Désiré Frédéric, an Ivorian singer, songwriter and composer, was born on March 17 1962 of parents from Grand-Bassam, the main city of the kingdom of "N'zima Kotoko". He enjoyed his first hours of glory as musician in 1991 with his second album "200% Zoblazo".
His father, a commercial agent in a local company, is an amateur accordeonist. His mother and his sisters sing in the Sainte Jeanne d'Arc Choir of the Catholic parish of Treichville in Abidjan. Naturally Frédéric makes his first steps in music by accompannying his parents during the mass.  He begins his apprenticeship with traditional percussion, drums, bass guitar and vocals. During his Highschool years in Abidjan around 1978 he joined his first group "Pace". In 1981 he creates his first own band "les Génitaux".They  had some local success after they won  the prize for "best amateur group" of Ivorian television. 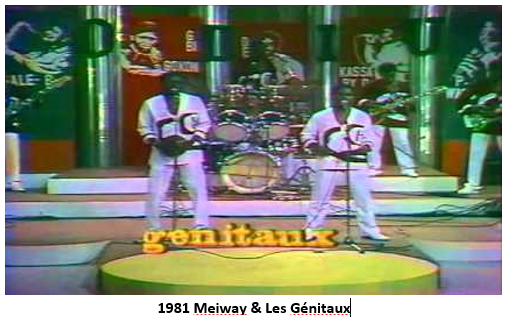 ♫ Video: 1981 Concert de Meiway et les Génitaux
In 1985 he decides to seek the adventure in Paris to develop his career and deepen his musical knowledge. Soon enough he set up a new group, “Défense  d'Ivoire", with African, Algerian and French musicians. They won the price of the Paris club Excalibur and make a small career in the French capital. To make ends meet, Meiway takes several jobs and finally works in a gas station where he becomes co-manager.
His greater resources allow him to apply for a bank loan to finance his very first album "Ayibebou" which was released in 1989. The immediate success in all of Francophone Africa, allows Meiway  to return to Ivory Coast as a star. In 1990 this first album brought him the title of  "best singer of Ivory Coast". In this album, we hear the beginnings of "Zoblazo", a new music style created by Meiway.
Mixing different folklore from Southern Ivory Coast, the Zoblazo is a dance music based on traditional percussion of his ethnic group "N'zima" - commonly called "Appolo"- and embellished by a modern orchestration (drums, guitars, keyboards, brass, violins etc...). Zoblazo is also inspired by several other Ivorian music styles as well as by Ghanaian High-Life and Makossa from Cameroon. This new, global oriented and catchy music is danced with a white handkerchief as a sign of joy, purity and peace. 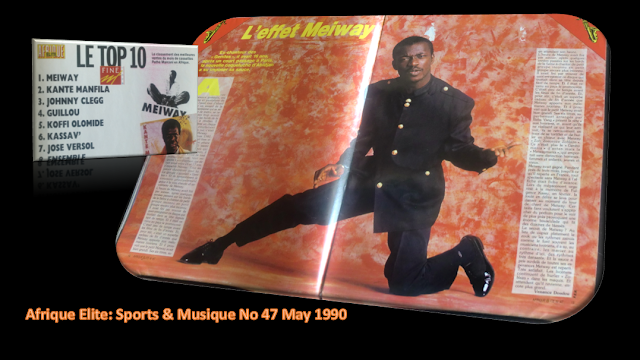 With his second album in 1991 "200% Zoblazo", the style of the same name gets its definite shape. Meiway becomes a superstar. He is awarded as the best variety artist at the first edition of the "African Music Awards"... This year he tours, in addition to Africa , also in Europe and Canada and releases from now on at least every two years a new album.

♫ Clip: 1991 Meiway – 200% Zoblazo
In 1993, he released the album "Jamais 203". At that time, Meiway created his fan club, his own management and his career is now marching as a well oiled machine. Beside reggae star Alpha Blondy, Meiway is now by far the most prominent performing artist in Ivory Coast.
"Jamais 203" was followed in 1995 by "Appolo 95", a title inspired  by the name of his ethnicity. On the album we find many guests including Guadeloupean Jacob Desvarieux of Kassav and King Mensah.
The release of Appolo is followed in May 96 by a long African tour. On June 21st, he took part in the Music Festival in Paris, followed by an American tour in July. In the last quarter of the same year, he received the award for the best sub-regional artist at the first African Music Award in Johannesburg, South Africa.
"Les génies vous parlent" comes out in 1997. This time he incorporates for the first time a brass section in his music and the album becomes one of his most awarded records.
"Hold Up" released in 1998, is the first album of Meiway's orchestra the "Zo Gang". This very varied album, highlights the pillars of this orchestra, Briscard Kouadio, Donguy, N'toumba Minka, Jean Paul Melindji and Ernest Mvouama. 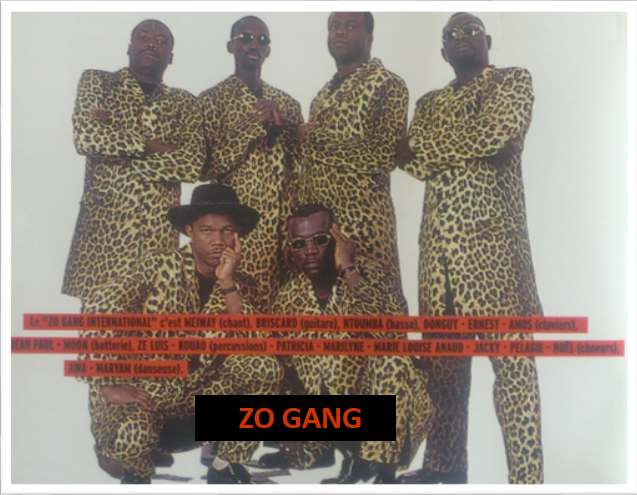 Surrounded by - among others - Manu Dibango, Jacob Desvarieux and Jean Claude Naimro of Kassav, Meiway celebrates his 10-year career in 1999 with the album "Extraterrestre". Shortly after the release of "Extraterrestre", followed also a second album of the Zo Gang, titled "Le proces". In 2001 he scores a tremendous hit with "Miss Lolo", a track from the album "Eternel". 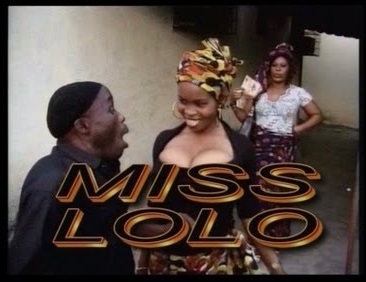 It is not a surprise that Meiway's eigth album "Golgotha" kicks of with the pure Zoblazo track "800% Zoblazo.  But surrounded by prestigious guests, such as Lokua Kanza, Kojo Antwi and Koffi Ollomide he also explores several styles and also  flirts with fashionables dances like the Prudencia and Coupé Décalé.
On stage Meiway is more than ever present with "The Zo Gang" and he remains a major attraction in the African showbizz. With a little lower frequency than the past years but still in a steady pace, the Ivorian releases new albums. It is in December 2006, that " 9ème Commandement" is launched. On this album Christian Meiway refers his commitment to spirituality, peace and the fight against AIDS. However, he does not forget the dance floor and as ususal he presents us some irresistable dance tracks, like the tribute to the woman "Emeraude", and the even hotter duet with rapper Alibi Montana "Feu de camp", a funny evocation of a reality TV show. Quite unususal for Meiway this album also contains a pure Zouk Love track, the seductive "Zouk interdit". 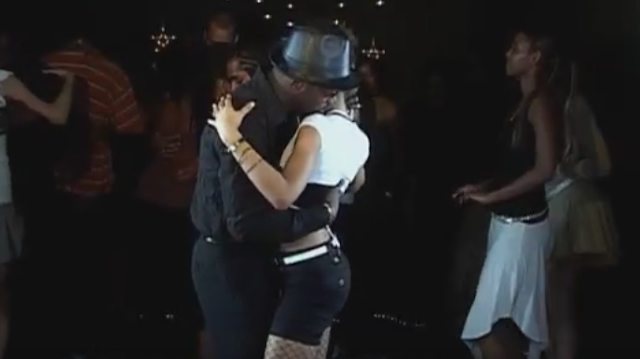 On the occasion of  the celebration of his 20 years of  successful career, Meiway released his 10th album "M20" with a variety of sounds and music. This album saw the participation of the Franco-Congolese rapper Passi on the track "Dedans" and Lynnsha on "Mami".
At a time when Ivory Coast seems to be embarking on the path of peace after an unprecedented political crisis, Meiway returns in 2012 with "Professeur" his 11th album that contains 15 new songs with incandescent rhythms, including 2 duets with Black Kent and Soum Bill.
His next album, "Illimitic" was released in 2016. This time no guest appearences by fellow singers but a composition by a fellow artist. As a musical homage to Deza XXL, the singer, gitarist and musical brother who died in 2005, Meiway recorded a cover of Deza XXL's song "No". And in the last song of the album, the ballad "Bye, bye", he remembers some fellow singers who died recently such as Lapiro de Mbanga (2014), Guy Lobé (2015) and Papa Wemba (2016).

In Lomé, on November 2 2019, on the occasion of the Beer Festival,  Meiway launched his new album. The first single from the disc, released on the web in May 2019, "Korokoto", and its cutting-edge choreography were very well received (more than 500,000 views on YouTube).

After launching his first album "Ayibebou" in 1989, it is already 30 years since the most constant artist and the most representative of Ivorian culture, defends the tricolor colors (orange, white and green-OBV) of his country, masterfully. It is precisely to celebrate this anniversary that he released the 13th album of his discography: "Legende". A title that justifies its status as a guide to African culture. The album includes 16 tracks and was produced in Abidjan and in Paris where Meiway multiplied the rehearsals and studio sessions to coordinate the final adjustments.

In March 2020, a second single was released, "Tu dis que quoi", which is doing even better and after 4 months already has more than 1.7 million views on YouTube. The song, a Bend Skin rhythm is a tribute to the rich musical culture of Cameroon in general and that of the Bamilike people in particular.