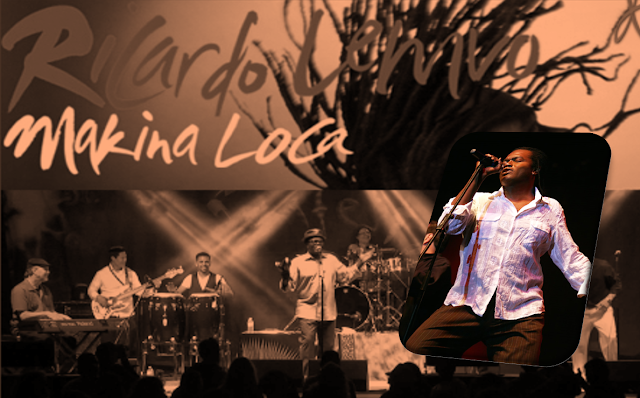 Ricardo Lemvo was born in the Democratic Republic of the Congo. His roots reach all the way to San Salvador in northern Angola where his grandfathers, Don João Matantu N’lemvo and Andrade André, were born. He was eight years old when he first realised that he wanted to persue a musical career. In Kinshasa the capital of the Congo, he lived next to a buvette (bar). Bombarded day and night with Congolese rumbas and Cuban music from the bar's loudspeakers, he memorised all of the songs and their melodies, imagining himself in front of an orchestra. He didn't tell his mother of his dreams because music was not a 'real' profession. ﻿


♫ Audio: 1960 African Jazz (Kallé) - Okuka Lokolé
At the age of 12, Lemvo was sent to a Catholic boarding school in Gombe Matadi, 120 miles south of Kinshasa. Gombe was a 'college town' with four schools by Congolese and Belgian priests. It was a place where parents sent their children to keep them away from the temptation of the big city.

Although exposed to Cuban music since childhood, his formal introductian took place during one of the school breaks. His cousin, Hetman Ne-Kongo, had a huge record collection. He spent hours listening to Orquesta Aragon, Arsenio Rodriguez, Sonera Matancera and Abelardo Barroso. At the time he did not understand the lyrics, but the rhythms, the melody and the spirit of the music touched him deeply.

Another cousin, Jose Bipock, helped him to get his first job as a singer in a band called Mira Mira. This was a garage band of 13 and 14 year old kids trying to be hip. The oldest was the 17 years old bandleader, who went by the name of Laghos El Dorado Le Sentimental. Laghos was a guitarist who walked with a limp and played mean solo licks.
Mira Mira hired Lemvo as a rock/rhythm & blues singer. His cousin told Laghos that he was perfect for the job because he spoke fluent English. Nothing could have been further from the truth. He spoke some English but it was certainly not fluent. he was assigned two songs: James Brown's 'Papa's got a brand new back' and Otis Redding's 'Direct me', which he sang in phonetic English, but what he really wanted to sing was Afro-Cuban music. Mira Mira performed only Congolese rumba and American soul music, and his brief career ended when he went back to school.
He joined his father in the United States in the summer of 1972. In college he began collecting Cuban records and met many French-speaking Africans who shared his passion for Cuban music. Most were 'purists' who did not like the salsa from New York, unless it was Johnny Pacheco. To many African aficionados of Cuban music Pacheco was a god because he played the son montuno and charanga style that is revered through the continent. The influence of Cuban music in Africa is immeasurable. When Cuban music travelled back to Africa it was instantly recognized and embraced. 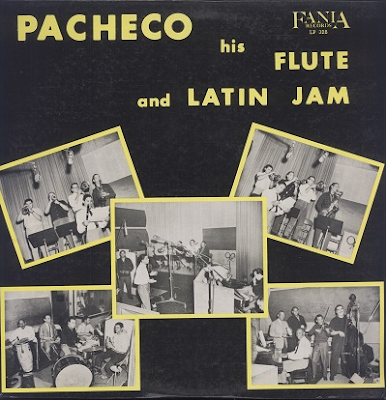 During the early eighties Lemvo discovered and also felt in love with, Mexican rancheras. He even participated in singing contests backed by mariachi bands. In the beginning he encountered many obstacles. He had a nine-to-five job while persuing a degree in political science and dreaming of becoming an international lawyer. The music was still a hobby. However, the closer he got to graduation the more disillusioned he became about law school.

The Los Angeles salsa scene of the 1980's was vibrant. There were many local bands performing at venues such as Candilejas Night Club and Riviera. The most prominent group was Orquesta Versailles featuring two excellent Cuban musicians: Rodolfo 'Fito' Foster and Jesús Alejandro Pérez ‘Niňo Jesús’. He was awestruck by Niňo Jesús versatility. He not only sang, but played the flute, tres guitar and was an accomplished arranger. They soon became friends and Niňo Jesús played an important role in Lemvo's musical development. In 1982 Ricardo Lemvo recorded his first - almost forgotten - 45 rpm single 'Amor de Juventud' with the help of his new Cuban friends Fito and El Niňo Jesus. 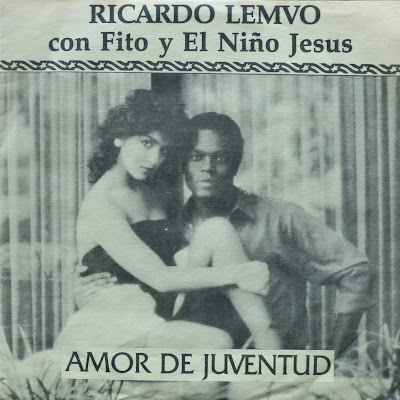 In 1990 Ricardo Lemvo formed Makina Loca in order to combine the two schools of music he adores: Congolese rumba and Cuban Son Montuno. This idea was not new. The foundation had been laid by the founding fathers of Congolese rumba Grand Kallé & African Jazz, Tabu Ley, Dr. Nico Kasanda and Franco's T.P.O.K. Jazz. In the 1950's and 1960's, Congolese bands were performing Cuban songs in phonetic Spanish as well as adapting the arrangements to fit Congolese languages. This is how Congolese rumba and soukous came to be.

When Lemvo recorded his first album Tata Masamba in 1996, he asked ‘El Niňo Jesús’ to take care of the musical arrangements. He also  participated by writing a song for the cd, playing keyboards, bass, flute, tres guitar, and singing background vocals.
♫ Audio: 1996 - Tata masamba
The album created a strong underground-buzz among latin and world music aficionades. After the success of this first album Lemvo signed with Putumayo Artists and released two albums on this labels: Mambo Yo Yo in 1998 and São Salvador in 2000.
♫ Audio: 1998 - Mambo yoyo
Lemvo has since toured Europe several times and performed in some of the most prestigious venues in North America including Lincoln Center in New York and Los Angeles' Hollywood Bowl. He shared stage with some of the greatest names in Latin and African music, including Sam Mangwana, Papa Noël, Chucho Valdés, Willy Colon, Israel “Cachao” Lopez, Celia Cruz, Oscar D’Leon and Elvis Crespo. His songs have been performed and recorded by susch artists as Colombia's Joe Arroyo, Orquesta Revé from Cuba and the Russian band Tres Muchachos.
♫ Audio: 2003 Ay Valeria
♫ Video: 2014 - Ricardo Lemvo & Makina Loca Live at TD Sunfest 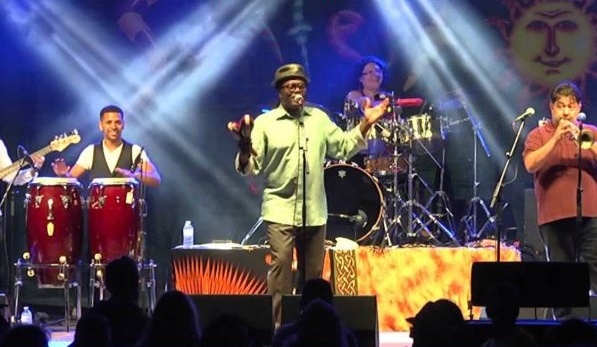 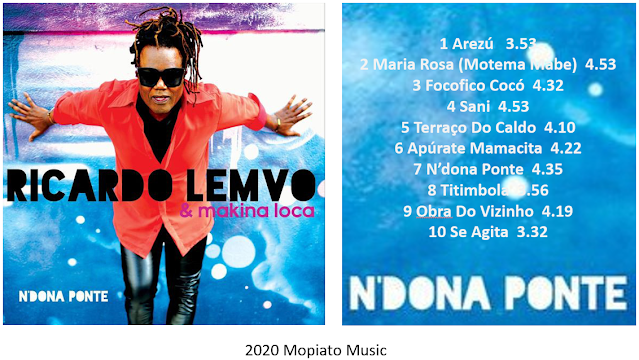 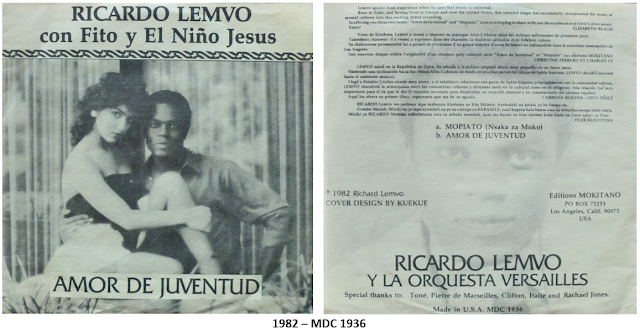