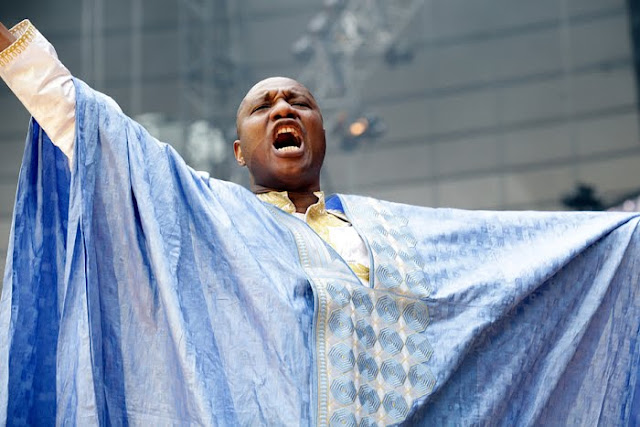 Sékouba ‘Bambino’ Diabate (1964) was born in Kintiya, a village 25 km from Siguiri (North-East Guinea) not far from the border with Mali. His mother Mariama Samoura was a famous singer (griot) who died when Sékouba was only 3 years old. Raised by his grandmother the young boy started singing in  local bands around 1972. In 1980 president Touré asked ‘the boy from Siguiri’ to replace Bembeya Jazz lead singer Aboubakar Demba Camara who died after a car accident in 1973.
Sékouba Bambino stayed with Bembeya Jazz until 1989. In 1990 he released his first album - the K7 ‘Sama’ – followed by ‘Le destin’ in 1992, which sales reached 160.000 copies within 3 months in Guinea, Mali. Ivory Coast and Senegal alone. After several local K7’s, Sékouba’s first international album -  the CD ‘Kassa’ – was released in 1997 on the British Sterns label. His international breakthrough came with the release of the album ‘Sinikan’ in 2002. Sékouba Bambino also participated in several projects founded by the late Senegalese producer Ibrahima Sylla, such as the Mandekalou recordings and the Panafrican salsa band Africando. In 2012 he celebrated the 20th anniversary of his solo career with the release of 2 CD’s, the semi-accoustic and neo-traditional ‘Diatiguyw’ and the modern, danceable ‘Innovation’. 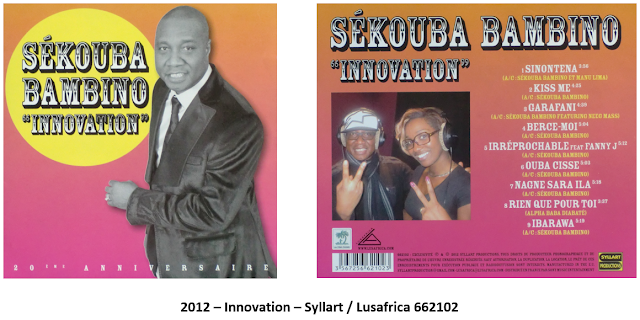